The Collapse of Meaning

Authority and sovereignty are unavoidable realities in life. And by definition when something or someone is sovereign, or has absolute authority, no one or nothing else is (or has).

It is the Reformed-Protestant Christian understanding that Holy Scripture, the written Word of God, speaks with authority concerning everything about which it speaks….and that it speaks about everything.

An individual, a family, a church, or a social and political order that is based on the principles and worldview of Scripture will be unique therefore regarding important issues that concern people, families, and societies.

Political correctness is the conscious, designed manipulation of language intended to change the way people speak, write, think, feel, and act, in furtherance of an agenda.

In the same article he further states that PC is a form of all encompassing propaganda. It needs to be added, however, that the foundation of PC is a worldview that implicitly believes that humanity is sovereign, that man is the ultimate voice of authority over all areas of life, including language. 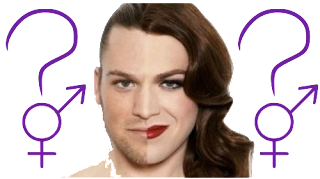 PC has supplemented, (and in the popular mind replaced) the idea of “sex” identity with that of “gender.” It is rare today to be asked, “what is your sex?” but rather, “what is your gender?” Certainly gender has reference to identity…. but typically not human identity.

Gender has, until the advent of PC, generally referred to certain word forms in various languages where a term is classified as either masculine, feminine, or neuter, and in Romance languages, such words have an associated definite article that precedes them.

In the broad history of Western culture the Christian worldview had been the dominant influence, and thereby was anchored the Scriptural account of the creation of man and woman by God as two distinct biological sexes.

The source of the definition of what it means to be human in the area of sexuality is the God of Holy Scripture. To see what happens if that definition is derived from a different source one need look no further our PC influenced culture.

You should understand however that this is nothing new. As a matter fact, most societies have been based on a humanistic worldview, that is, the idea that humanity is its own god, and therefore the source and definition of all things, including sexuality.

The apostle Paul encountered this in the Roman culture of his day and wrote these memorable words about what happens in a society where the true God is not regarded as sovereign: 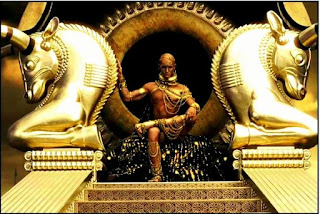 What happened was this: People knew God perfectly well, but when they didn’t treat him like God, refusing to worship him, they trivialized themselves into silliness and confusion so that there was neither sense nor direction left in their lives. They pretended to know it all, but were illiterate regarding life. They traded the glory of God who holds the whole world in his hands for cheap figurines you can buy at any roadside stand. So God said, in effect, “If that’s what you want, that’s what you get.” It wasn’t long before they were living in a pigpen, smeared with filth, filthy inside and out.
And all this because they traded the true God for a fake god, and worshiped the god they made instead of the God who made them—the God we bless, the God who blesses us…
Worse followed. Refusing to know God, they soon didn’t know how to be human either—women didn’t know how to be women, men didn’t know how to be men.
Sexually confused, they abused and defiled one another, women with women, men with men—all lust, no love. And then they paid for it, oh, how they paid for it—emptied of God and love, godless and loveless wretches. Since they didn’t bother to acknowledge God, God quit bothering them and let them run loose.  And then all hell broke loose: rampant evil, grabbing and grasping, vicious backstabbing. They made life hell on earth with their envy, wanton killing, bickering, and cheating….
They know perfectly well they’re spitting in God’s face. And they don’t care—worse, they hand out prizes to those who do the worst things best!
(From The Message, Romans 1:21-32.)

Political correctness believes it is wrong to think of sex as a biological force. Rather, it should be understood as a social construct that is imposed on humanity. In other words, sexual identity is not biological; it is cultural, and therefore subject to being defined in a myriad number of ways.

According to PC, the individual, not God, is the authority that determines what “gender” they will be, and the concept of discreet biological entitles that are male and female can, and should be, discarded.

The average reader is excused if this seems confusing. It is confusing and the evidence of the confusion is plainly seen in the cultural expressions of “gender” throughout American society.

But this confusion, while directly related to the issue of sexual identity, is only a symptom of the larger issue of sovereignty and authority. Humanity considers itself god, and the ripple effects of that misconception are seen, felt, and heard in the cultures humans create for themselves.

R.J. Rushdoony made this telling observation about the fate human beings who follow this path:

Man is in trouble, because his idea of himself is radically defective. More than that, it is evil. Because the world is not man’s creation, and only man’s cultures are his products, a false culture is destined to collapse, because its roots are in man’s imagination rather than in God’s created reality.
(Rushdoony, Noble Savages (2005), page 66.)