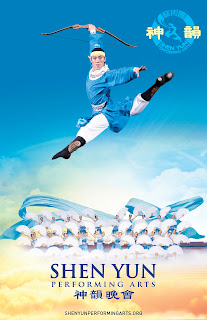 In the 1980’s I used to work in retail advertising at a daily newspaper in North Carolina. Back then, a full page color advertisement was around $3,000.

In other words, there is a rather large amount of money spent to promote something that would be of not much more than passing interest to the typical American. 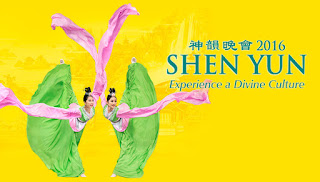 The phrase Shen Yun means “divine performing arts,” and it purports to be a panoramic dance, music and acrobatic performance of 5,000 years of Chinese culture.

A few years ago, the New York Times published an article about a Shen Yun performance and included this bit of background:

“A nonprofit group supported by ticket sales and donations Shen Yun began as a single company of 30 dancers.” (August 13, 2010, NYT) 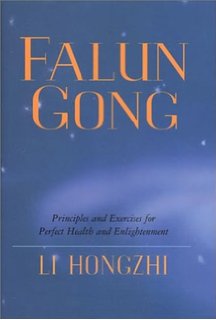 The “nonprofit group” that is the driving force behind Shen Yun is the Chinese religious group known as Falun Gong (or sometimes, Falun Dafa).

A Google search for Shen Yun finds reviews that give it passing approval as a performance, but also express serious concerns about the propaganda nature of the production as a tool to promote the religion of Falun Gong.

Before saying anything else about Shen Yun and the Falun Gong religious movement, I want to acknowledge the terrible suffering and persecution that  its followers have endured in Mainland China.

You can read about the awful things that many of them have had to deal with here.

The suppression of Falun Gong in China notwithstanding, Christians who attend Shen Yun performances ought to be aware of the religious content that is a vital part of the performance. 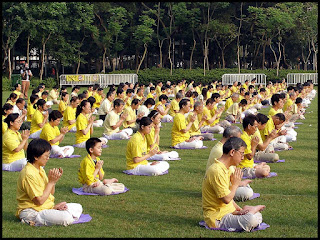 Although to the casual observer Falun Gong looks to be an exercise and breath control program for health, the teachings closely associated with the program are what ought to be of interest to Christians who plan to attend Shen Yun performances.

Deeply embedded in the performance (and in Falun Gong religion) are fundamental ideas that separate traditional Chinese religions such as Taoism and Buddhism from the Biblical, Christian worldview. You can read the Christian Research Institute’s analysis and comparison of these differing worldviews here.

Christians should be aware that, although the Shen Yun performance may be entertaining and engaging, there is more included in the purchase price than 5,000 years of Chinese culture. 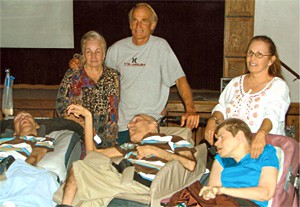 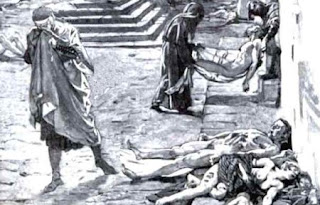 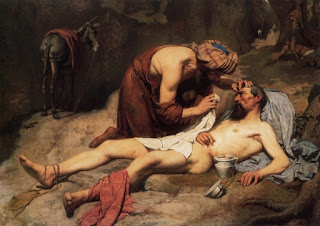